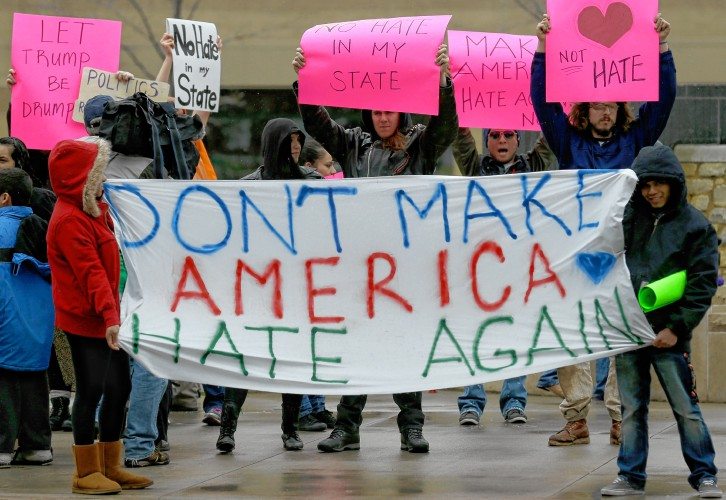 You may have seen this recent Gallup survey showing the total collapse of global confidence in US leadership since Donald Trump assumed the presidency one year ago. International approval of the US is, sadly, at the lowest point since this type of polling data started being collected and has fallen by an astounding 20 percentage points over the past year. For the first time ever, people around the world have more confidence in Chinese leadership than American. Popularity for its own sake is not the goal of American foreign policy, but America’s global leadership has always depended on our ability to put forward a positive and magnetic vision of a better world for all. Immigrants still want to come to the United States because of all that we still are, but the attractive power of America’s democracy is being undermined by the day. We are doing to ourselves what our enemies have tried and failed to do to us for decades. The Trump administration’s vulgarity, disarray, and strategic incoherence is not just a crisis for American democracy but also tragically undermines the post-war world America’s great past generation help build and protect and which has been so beneficial to people all around the world, particularly Americans.

Speaking out against the leader of one’s own country is always painful , but as marchers around the country and world this weekend have made clear, the corrosive cost of silence in the face of such ugliness is far greater. It sometimes feels like many of us are howling at the moon, but I do believe that this bubble of self destruction and intolerance will someday pop if we work hard enough and never lose hope that America’s best values will eventually shine through. If you would like to watch, here is a link to a recent such howl I made on CNN describing how the President and his administration’s behavior is undermining American global influence and harming American companies.

As always, I welcome your thoughts.