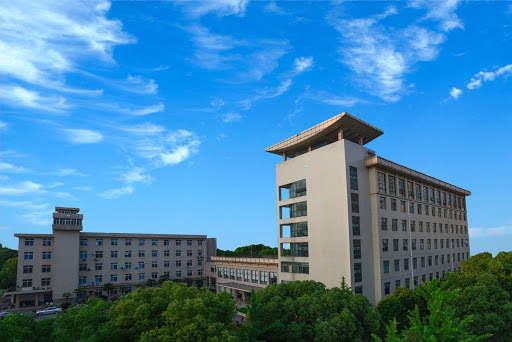 NOTE: This post was originally published on April 16, 2020 and has been updated regularly.

Although I have been called “the origins COVID-19 whistleblower” and the “world standard bearer” I was not the only one to make these claims from early on. Tragically, the number of serious, non-partisan experts who did so, particularly in 2020, was miniscule. I will continue to fight for a comprehensive investigation until this issue gets the attention it deserves and a credible investigation is carried out. I am delighted to see that the number of people around the world searching for and demanding answers about how this terrible crisis began has grown dramatically over the course of 2021.

Let me be clear. While I do believe that a lab incident is the most likely origin of the pandemic, this is only a hypothesis. That this pandemic might stem from a zoonotic jump in the wild is also a hypothesis, even though very little evidence supporting that hypothesis has so far emerged. When comparing the evidence for each possibility, the case for a lab incident origin seems significantly stronger to me. Additional evidence could always change that. That’s why my essential argument is that we need a full and unrestricted international scientific and forensic investigation into all COVID-19 origin hypotheses with full access to all relevant records, samples, and key personnel. It is an affront to all of us that this no such investigation has been carried our or is currently planned. We owe everyone who has died from COVID-19, all the people who have lost their loved ones and livelihoods, and future generations a thorough, unbiased, and unrestricted investigation of how the tragedy began and has unfolded.

A small, determined, and now growing community of people around the world are also making this claim and I’ve been very pleased to see that in early 2021 the lab leak hypothesis has moved from being considered a conspiracy theory to being recognized for what it has always been — a very real possibility. As you may know, I was a co-organizer and the lead drafter of three expert open letters on COVID-19 origins that were featured extensively in major media across the globe. These open letters were released on March 4, April 7, April 30, and June 28, 2021.

Given how much the conversation changed over the course of 2021 as a result of all of our work, it’s important to remember how the dominant narrative for all of 2020 and early 2021 was that that pandemic stemmed from a zoonotic jump from animals to humans in the wild. Although this remains one possibly hypothesis, the other highly possible hypothesis — that the pandemic stemmed from an accidental lab incident — was aggressively and unfairly undermined by the Chinese government, as we might expect, but also by leading Western scientists, scientific journals like The Lancet and Nature, and mainstream western media, as we might not. My The Hill and The Times editorials say more about this. Despite this progress, major questions remain.

Although it is certainly possible that the SARS=CoV-2 virus had small edits (such as for its furin cleavage site, as suggested by Nobel laureate virologist and former CalTech president David Baltimore), the lab incident hypotheses does not require any genome editing to be valid. The virus or a precursor to it could have easily been collected, isolated, and cultured in one of the Wuhan labs. If the latter, serial passage and so-called “gain of function” research could have pushed the “natural” evolution of the virus toward greater pathogenicity without any genome editing. Again, this is only highly informed inference based on publicly available information and my application of Occam’s razor (and mathematical probabilities). I have no definitive way of proving this thesis but the evidence is, in my view, extremely convincing. If forced to place odds on the confidence of my hypothesis, I would say there’s an 85% chance the pandemic started with an accidental leak from the Wuhan Institute of Virology (or Wuhan CDC) and a 15% chance it began in some other way (in fairness, here is an article making the case for a zoonotic jump “in the wild”). If China keeps preventing a full and unrestricted international forensic investigation into the origins of the pandemic, I believe it is fair to deny Beijing the benefit of the doubt. Should we find a virus in the wild that is clearly a SARS-CoV-2 precursor virus, perhaps with 99.9% genetic similarity, that would be a strong argument for the zoonosis in the wild hypothesis.