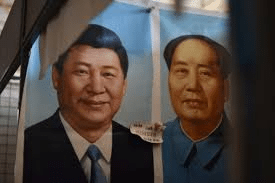 The Chinese communist party is taking a huge gamble with this step. On the one hand, keeping Xi in power beyond the (recently) traditional two term-limit significantly enhances Xi’s ability to push badly needed change within China, increases China’s global influence, and ensures near-term continuity within the Chinese government structure. On the other, this move also potentially decreases China’s ability to bring fresh approaches to its very real problems, angers a whole generation of younger officials whose advancement will be blocked by their elders, and raises the specter of innovation stifling one-man rule. One-man rule worked pretty well in Singapore under Lee Kuan Yew, so the failure of China’s new approach is by no means certain — but China is not Singapore and may be far too complex a society and economy for one-man rule.

Xi has broken many norms in China and is actively working to replace them with new ones. Consolidating and extending his leadership while cracking down on virtually all voices of dissent will make him the most powerful Chinese leader since Deng Xiaoping and possibly since Mao, but the ultimate question will be “consolidation for what?” Governmental organization is not an end in itself but a means to the end, ideally at least, of good governance. If Xi is able to push through the structural reforms China’s own leaders recognize as essential but have not been able to deliver, perhaps this gamble will have been worth it. Another test will be if he actually cedes power at some point in the not-too-distant future.

At a time when the U.S. and Europe are facing a great deal of destabilizing upheaval, China is doubling down on consistency and continuity. This step may be a decent short-term bet. But the U.S. and Europe are dynamic societies that will eventually rebound with new ideas, innovations, and leaders. Whether China can become more dynamic even if its government becomes sclerotic under one-man rule will be the key question for China’s future.