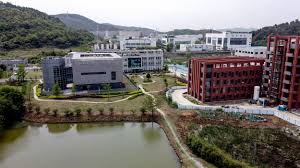 A number of people have reached out to me questioning the assertion I have been making since early 2020 that “the most likely starting point of the coronavirus crisis is an accidental leak from one of the Chinese virology institutes in Wuhan” (see this CNN interview, this Newsweek editorial, this WSJ editorial, this The Hill editorial, this second Newsweek editorial, this Toronto Sun Q&A, and this Fox interview). As referenced in this Forbes profile (“Jamie Metzl… was one of the first in Washington — as an ex-high level staffer for Bill Clinton and then-Senator Joe Biden — to say that the new SARS coronavirus was likely a Wuhan lab escapee”), this CBS News interview, and this FOX interview (“Jamie Metzl has been perhaps the leading international figure for the past year making the case that an accidental leak from this lab seems the most likely origin of the pandemic”), I have been making this claim consistently since January 2020. I will continue to do so until this issue gets the attention it deserves. A small, determined, and now growing community of people around the world are also making this claim and I’ve been very pleased to see that in early 2021 the lab leak hypothesis has moved from being considered a conspiracy theory to being recognized for what it has always been — a very real possibility.

We owe everyone who has died from COVID-19, all the people who have lost their loved ones and livelihoods, and future generations a thorough, unbiased, and unrestricted investigation of how the tragedy began and has unfolded.

I do not believe this was most likely a genome edited virus (although this paper suggests how it could have been and we should not discount this possibility), just that it had very likely been isolated and cultured in one of the Wuhan labs (the Wuhan CDC or, more likely, the Wuhan Institute of Virology, WIV). I also want to be clear that this is only highly informed inference based on publicly available information and my application of Occam’s razor (and mathematical probabilities). I have no definitive way of proving this thesis but the evidence is, in my view, extremely convincing. If forced to place odds on the confidence of my hypothesis, I would say there’s an 85% chance the pandemic started with an accidental leak from the Wuhan Institute of Virology or Wuhan CDC and a 15% chance it began in some other way (in fairness, here is an article making the case for a zoonotic jump “in the wild”). If China keeps preventing a full and unrestricted international forensic investigation into the origins of the pandemic, I believe it is fair to deny Beijing the benefit of the doubt.