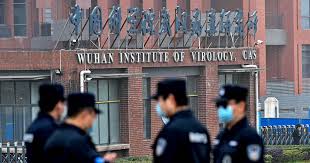 I have been calling since early 2020 for a full and unrestricted international forensic investigation into the origins of the pandemic, with full access to all necessary data, records, and personnel in China and elsewhere. Whatever the origin, we must also thoroughly examine our many failures across the board that allowed the initial outbreak to grow into such a massive global catastrophe.

As you may have seen in the Wall Street Journal, New York Times, and newspapers around the world, our international group of experts on March 4, 2021 released this open letter (also included below in English, Chinese, French, and Spanish) asserting that current international investigative efforts are not sufficient and outlining a better process which could be.

The pandemic was, in my view, a totally preventable event. If we don’t ask tough questions about what went wrong and address our greatest shortcomings, we’ll be setting ourselves up for an even worse disaster in the future.

Finding the origins of SARS-CoV-2 is critically important to both better addressing the current pandemic and reducing the risks of future ones. Unfortunately, well over a year after the initial outbreak the origins of the pandemic remain unknown.

As scientists, social scientists, and science communicators who have been independently and collectively looking into the origins of the COVID-19 pandemic, we believe it essential that all hypotheses about the origins of the pandemic be thoroughly examined and full access to all necessary resources be provided without regard to political or other sensitivities.

Based on our analysis, and as confirmed by the global study convened by the World Health Organization (WHO) and Chinese authorities, there is as yet no evidence demonstrating a fully natural origin of this virus. The zoonosis hypothesis, largely based on patterns of previous zoonosis events, is only one of a number of possible SARS-CoV-2 origins, alongside the research-related accident hypothesis.

Although the “collaborative” process of discovery mandated by the World Health Assembly in May 2020 was meant to enable a full examination of the origins of the pandemic, we believe that structural limitations built into this endeavor make it all but impossible for the WHO-convened mission to realize this aspiration.

We have therefore reached the conclusion that the joint team did not have the mandate, the independence, or the necessary accesses to carry out a full and unrestricted investigation into all the relevant SARS-CoV-2 origin hypotheses – whether natural spillover or laboratory/research-related incident.

We are also concerned that the joint team’s work has been inaccurately reported by the media as an independent investigation whose conclusions reflect those of the WHO. The February 9, 2021 Wuhan joint press conference was a good example of this misunderstanding. Although the findings were those of the joint team, they were widely reported as representing the WHO itself.

As strong supporters of the WHO and its mission, we believe it must be made clear that any findings of the joint committee, while potentially useful to a limited extent, represent neither the official position of the WHO nor the result of an unrestricted, independent investigation.

For this reason, we believe it is essential that the contours of a full and unrestricted investigation be outlined to set a standard against which current and future efforts can be evaluated.

Because the joint team investigation falls short of the mark, we believe it essential for the international community to outline how a full and unrestricted investigation could be organized. Such an investigation would need to:

We recognize that as an international agency that must rely on the collaboration of its member states, the World Health Organization is limited in what it can achieve in this type of investigation. It is not our intention to undermine the WHO, which is working under challenging circumstances at a time of tremendous global need.

Although the joint team investigation was a significant opportunity for the international community to gain some limited and highly curated information, it has unfortunately proven opaque and restrictive, greatly compromising the scientific validity of the investigation.

With more than two million deaths, more than a hundred million infected by COVID-19 worldwide, and a massive global disruption impacting some of the world’s most vulnerable populations, we cannot afford an investigation into the origins of the pandemic that is anything less than absolutely thorough and credible. If we fail to fully and courageously examine the origins of this pandemic, we risk being unprepared for a potentially worse pandemic in the future.

Because we believe the joint team process and efforts to date do not constitute a thorough, credible, and transparent investigation, we call on the international community to put in place a structure and process that does.

[NOTE: The English version is the official version of this open letter]