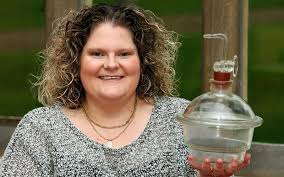 Forty years ago today, Louise Brown, the world’s first “test tube baby,” was born in Manchester, England. The idea that a human could be conceived outside the mother’s body is now commonplace but it shook the world back in 1978. Newspapers across the globe hailed Louise as the “baby of the century.” Catholic theologians called her birth a “moral abomination.” Nova magazine called the test tube baby process “the biggest threat since the atom bomb.” Louise’s parents, Leslie and John, received thousands of letters — equal parts congratulations and scorn — from around the world.

Today, of course, the “test tube baby” process, now called in vitro fertilization, or IVF, is hardly controversial. But that is about to change. In 1990, doctors for the first time screened a pre-implanted human embryo for gender and a few sex-linked and single gene disorders. This screening process became known as preimplantation genetic diagnosis, or PGD. Since then, PGD has developed rapidly, particularly for higher-risk prospective mothers.

PGD has been around for nearly 30 years but these are still its early days. Today, it is most often used to prevent miscarriages and to screen for some of about five thousand single gene mutation disorders. Unlike prenatal testing of embryos already in the mother’s womb, PGD can be carried out on multiple early stage fertilized eggs in a dish that have not been implanted.

In most cases, the individual diseases PGD can test for are exceedingly rare. Taken together, however, they are not. As the number of harmful genetic abnormalities that can be avoided by having a child using IVF and PGD goes up, parents will increasingly begin to weigh the costs and benefits of conception of future children through sex versus conception in the lab. And while the considerable health and other benefits of conception inside the woman through sex will remain constant, the real and perceived health benefits of IVF and embryo screening will only go up.

As the number of parents having children using IVF and PGD and our collective knowledge of what genes do grow, parents will increasingly be able, if they choose, to screen pre-implanted embryos not just for genetic diseases but also for the genetic components of complex non-disease-related traits including height, IQ, and personality style. New stem cell technologies will make it possible to grow hundreds or thousands of human eggs from adult cells like skin or some blood cells, increasing the number of pre-implanted early stage embryos for selection. Gene editing tools like CRISPR will make it possible to make small changes to pre-implanted embryos to, for example, correct deadly diseases like Sickle Cell and Huntington’s. The more optionality we have for how to treat pre-implanted embryos, the more parents will choose to make babies using Assisted Reproduction Technologies versus sex. We’ll still have sex for all the wonderful reasons we do now, just not as much for making babies.

All of this, of course, will justifiably raise extremely thorny ethical questions related to equity, diversity, human integrity, and a host of other issues, particularly because different individuals and groups among us will take to these new possibilities very different than others. If you thought GMOs were controversial, wait until people start waking up to our fast approaching future as GMHs, genetically modified humans.

If you’d like to learn more about all of this and my call for a “species-wide dialogue” on the future of human genetic engineering, I hope you’ll have a look at my TechCrunch article as well as my SXSW talk on the subject. My new book, Hacking Darwin: Genetic Engineering and the Future of Humanity, is just going into production and will be released in April of next year (the physical book process is just a bit slow, I know). I was honored that Harvard geneticist George Church said that “this important and thought-provoking book… guides us brilliantly down the twisting and ever-changing river of our genetic future.” CNN’s Sanjay Gupta said “If you can only read one book on the future of our species, this is it” (but please read more than one book about this critical topic!).

But while we wait for the copy editors and typesetters to do their work, I hope you will join me in today popping the proverbial cork for Louise Brown, human ingenuity, and the exciting but also potentially frightening future of our species. On both the individual and collective levels, understanding what’s coming will help us make the smartest possible decisions that can optimize the incredible upside of new reproductive and genetic technologies will minimizing any potential harms.