Do We Need a New Universal Religion? 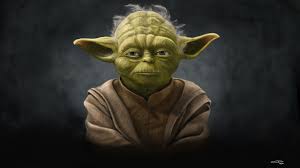 Do We Need a New Universal Religion?

New York’s 92Y recently launched a challenge as part of its 7 Days of Genius Festival, in which it asked people to design a new religion that strengthens communities and acts as a force of good. Because I’ve been talking about my new religion (which a friend has erroneously dubbed “Jamism” for nearly two decades, I decided it was time give it a go. Here are the 300 words I submitted:

Religion at its best should bring people together, not drive them apart.

No two human beings are exactly alike so why can’t we construct religious communities that celebrate difference rather than force us into a false conformity within religions or overstated divisions between them?

My new religion has only one principle. Anyone of any background accepting that principle can be part of the community. The religion is not exclusive in any way. Participants can remain part of any other community or religion. The basic principle is that prayer has four elements. Any time a person seeks to have a religious experience, they should, over the course of the day, engage in each of the four elements of prayer.

First, they should internally reflect or meditate on the deepest issues concerning them.

Second, they should share elements of what is on their mind with others in their community, as appropriate.

Third, they should engage in some type of community service helping others in the broad community around them.

Fourth, they should experience and celebrate nature and the physical world in some way, such as by going for a walk in the park.

Anyone who commits to doing each of these four things in the process of prayer, and who aspires to have a spiritual life connecting them with others, including others with whom they may not agree on everything, has a potential to be part of this community.

For millennia, religion has brought out both the best and the worst in people. The time has come to find a common language of religion that brings people of all faiths, traditions, viewpoints, and backgrounds together in pursuit of common values.

Only a religion that celebrates the vast differences of opinion across people and communities can achieve that goal.

China Still Holds the Key for Getting Tough with Pyongyang