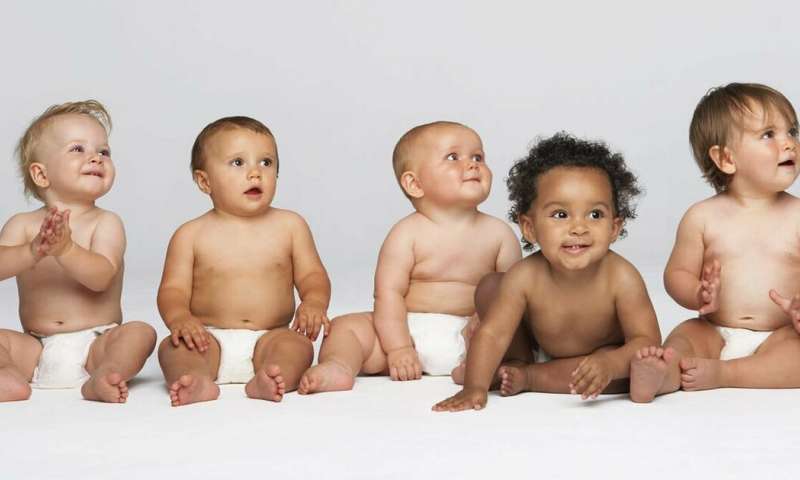 For years, I have been saying the genetics revolution is not just coming but already here.

As we unlock the secrets of our genomes and systems biology more broadly, we are now witnessing the transition from generalized medicine based on population averages to precision healthcare based on each person’s individual biology to the coming world of increasingly predictive health and life. Genetic technologies are moving well beyond the realm of healthcare as direct-to-consumer genetics companies provide us with very preliminary information about our potential capabilities. The biggest change — the killer app of the genetics age — will be the transformation of how we make babies and the nature of the babies we make.

As I’ve written elsewhere, we are at the early stages of a transition from conceiving our children the old-fashioned way through sex to making babies “in the lab” through IVF, embryo screening, producing large quantities of eggs through stem cells, and gene editing embryos to reduce risks or provide enhancements. All of this raises essential ethical issues that must urgently be addressed. But whatever we do, the science will race forward. The age of human genetic engineering has begun.

Last November, Chinese biophysicist He Jiankui shocked the world by announcing that the word’s first gene edited human babies, two Chinese girls, had been born the previous month. Dr. He was roundly and, in my view, rightly condemned for making this happen.

He had thought he’d be a hero. In his earlier application seeking approval to an Institutional Review Board (IRB), he’d said “the project will stand out in the increasingly intense international competition of gene editing technologies… [and] be more significant than the IVF technique which won the 2010 Noble Prize.” When the news eventually leaked, he released promotional YouTube videos glorifying his work he’d been preparing for months.

But it very soon became clear that He had conducted most of his work in secret and lied about what he was doing, didn’t even receive approval from the IRB where the procedure was carried out, failed to get the truly informed consent of the parents, and had done irresponsibly sloppy work. In addition to jumping the gun before CRISPR technology was precise enough for safe application in human embryos taken to term, the choice of a target mutation seeking to confer an enhancement rather than cure a disease angered many. The first application of gene editing to future humans was sloppily planned, poorly executed, dangerously secretive, imprecise, and all-around dubious.

But although the condemnation of He was more than justified, He’s work was a harbinger of where our species is almost inevitably heading.

Under intense questioning at the International Summit on Human Genome Editing last November 28, He announced there was another prospective mother in his study who was in the “early stages” of pregnancy. If we conservatively assume the third embryo had been implanted in the mother a week before the announcement was made, the earliest a successful implantation might be detected, we would guess that the third baby could be born on around August 21 of this year, around a month from now. But there is no chance this is the case. For many weeks prior to the November announcement, He had been preparing for what he thought would be his big reveal and path to glory, including the YouTube videos. So, let’s say the third embryo was implanted on October 28 of last year, still a highly conservative assumption. In that case, one of 4 things may have happened. I’ll rank them in my perceived order of likelihood:

Of these three, I believe the first is the most likely, the third is still mathematically possible but less likely by the day, and we should not rule out the second. Within China, the initial reaction to He’s announcement had been euphoric. The Communist party mouthpiece People’s Daily hailed the “milestone accomplishment China has achieved.” But as the condemnation poured in, praiseworthy references to He’s work were scrubbed from the internet and Chinese social media channels. He was condemned by the Chinese Academy of Sciences, fired from his job, and apparently placed under house arrest. Given the Chinese government’s history and goals, the pressured abortion hypothesis (number 2) is a real possibility, even if a bit less likely than the first option. I’ve heard a number of people question whether the entire story of the implanted embryos is real in light of He’s secrecy, but I strongly believe it is and so discount option 4.

Put another way, the third gene edited baby in the history of humanity has likely already been born.

As you may know, I am a member of the World Health Organization Advisory Committee on Developing Global Standards for Governance and Oversight of Human Genome Editing. The essential mission of our committee is to make recommendations for how Promethean genetic technologies can be regulated in ways that optimize benefits and minimize harms. The work of our committee and other groups around the world is critical but not nearly enough relative to the magnitude of the task at hand.

As I describe in Hacking Darwin: Genetic Engineering and the Future of Humanity, we desperately need an inclusive global education and dialogue process to bring as many people as possible into the conversation about how these technologies can best be used, make sure every country has a robust national regulatory structure based on both international best practices and its own particular values and institutions, and do all we can to avoid an unrestrained and ethically unmoored genetic arms race of the human race that could undermine our humanity.

Because even if the third CRISPR baby has already been born, the fourth, fifth, tenth, hundredth… are on the way in the not-too-distant future. The question is not whether the science will advance. It will. The essential question for us is whether our species can organize ourselves quickly and well enough to ensure our best values are woven into every aspect of the decision-making process about how these technologies will be used. If He had not been the first, a more responsible scientist would have eventually taken this step.

Last month, Russian molecular biologist Denis Rebrikov announced plans to edit the same CCR5 gene that He had targeted in pre-implanted embryos in ways designed to address some of the concerns raised by He’s critics: the embryos would be from HIV-positive mothers who have not responded to HIV medications where the disease was likely to pass to the potential children, the consents provided by the potential parents would be more informed, the work would allegedly be done far more carefully and transparently. A couple of weeks ago, Rebrikov then announced he had lined up five sets of parents willing to have their pre-implanted embryos CRISPR-edited to eliminate a mutation likely to cause hereditary deafness.

Rebrikov’s approach was designed to suggest a marginal improvement on He’s, but the core question remained whether using CRISPR to make single gene changes to the genomes of pre-implanted human embryos to be taken to term was ready for prime time. In my view, it is definitely not. That’s why I joined the other members of our WHO Committee declaring emphatically that moving forward now on human genome editing would be terribly irresponsible.

But as the science matures, this will not always be the case. Genetic technologies have the potential to prevent and cure terrible and deadly diseases and ultimately do much more to help us live longer, healthier, more robust lives. We may need to edit ourselves to survive a hotter earth or prevent the extinction of our species by making us more biologically able to live in space. Human genetic engineering should not be opposed forever. To move forward, however, we need to make sure we are always cautious, ethical, responsible, thoughtful, best values-driven, and conservative in how we apply these potentially life and species-changing technologies.

The problem we face today is that while the science is advancing exponentially, popular understanding is growing linearly, and the national and international regulatory infrastructure is only inching forward glacially. This mismatch is extremely dangerous for all of us.

I’ve been travelling the world for years, even more intensely these past few months on my Hacking Darwin book tour, trying to help spark what I call a “species-wide dialogue on the future of human genetic engineering.” It’s an audacious goal but exactly what we need. In addition to the WHO work, I am in contact with members of the US Congress about holding high-profile hearings exploring what we must do to be far better prepared for the imminent human genetics revolution. Everyone can and must play a role in this process. Here are some things you can do:

We humans are together beginning a revolution that will, in short order, transform our healthcare, the way we make babies, and the nature of the babies we make. Critical decisions are being made now that will impact all of us and future generations in deep and fundamental ways. If we don’t educate ourselves and get involved today, how can we expect our best values to be respected in decisions made or us by others?

The human genetics revolution has begun. Do you want to help shape it or just sit back and let it shape you?