Jamie Metzl Statement on Suspension of US Funding for the WHO 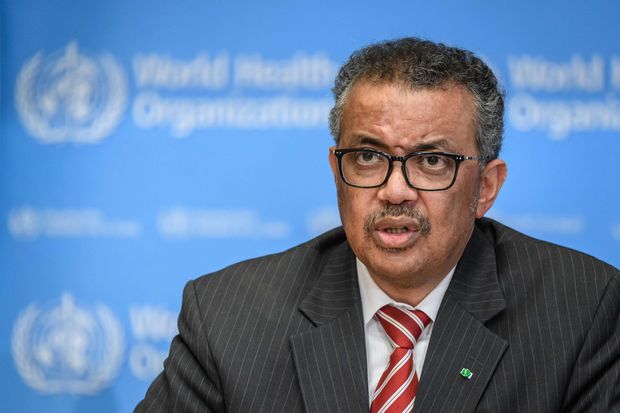 Jamie Metzl Statement on Suspension of US Funding for the WHO

On April 14, US President Donald Trump announced that the United States was suspending funding to the World Health Organization.

Here is my statement:

Cutting off US funding to the World Health Organization in the middle of the worst pandemic in a century is the height of self-defeating lunacy. Like many other organizations and states, the WHO made mistakes during this crisis that must all be reviewed carefully, thoughtfully, and urgently. It is clear with the benefit of hindsight that the WHO also made mistakes, particularly early on. But Taiwan, South Korea, Singapore and others responded far faster and more effectively than the United States based the same information from the WHO. Also, the resources, mandate, and role of the WHO have been limited by states, including the Trump administration — that had previously sought to massively cut US funding for the WHO and didn’t appointed a US representative to the WHO Executive Board until March.

The World Health Organization remains the most essential international organization to help us through this crisis. Viruses do not respect national borders and no country can expect to get through this crisis on our own. Rather than blindly undermining the WHO at this time of intense need, the United States should be working closely with allies and partners around the world to strengthen the WHO and enhance collaboration for our mutual benefit.

Just as we wouldn’t imagine having a plane crash and not immediately trying to figure out what happened, we can’t let the COVID19 crisis unfold without urgently understanding how our systems have so spectacularly failed. For all we know, a new and even worse new pandemic could begin even before we have overcome this one. There are plenty of fingers to point and we must thoughtfully point them now – at all of us – for our own good. Whatever the origins of the outbreak, including the likely possibility of an accidental leak from the Chinese virology lab in Wuhan, China’s active and ongoing information suppression and propaganda campaigns are the foundations of this crisis. The World Health Organization, limited by its mandate and resources, could have done an earlier and better job of highlighting China’s failure to permit access to WHO experts and share critical information and of sounding the alarm. The United States had all the information it needed by January to mount a massive response but President Trump actively undermined the findings of his own intelligence and health officials and passed misinformation to the American people that resulted in many thousands of otherwise preventable deaths. Until we get to the bottom of all these failures and work to fix them, we remain dangerously susceptible to the next pandemic.

We are all on the same plane with a shared interest in not letting it crash.

We Can’t Get Out of this Alone